Olive oil contains high levels of monounsaturated fatty acids (MUFA) and a multitude of bioactive ingredients. Of these, phenolic compounds are extensively studied.

About the benefits of MUFA, the U.S. Food and Drinks allowed the use of claims for human health (health claims) for the first time in 2004, on the protection that is offered by monounsaturated fatty acids in olive oil against the risk of cardiovascular disease.

Overall, the benefits of the fatty acids in olive oil were summarized in the first International Conference on Olive Oil and Health in 2005. Olive oil, however, is more than a rich source of monounsaturated fatty acids. Phenolic compounds have shown the anti-inflammatory and chemo-protective characteristics. Oleocanthal (a naturally-occurring compound found in extra olive oil) has been found to have a similar effect to anti-inflammatory medication Ibunoprofene. 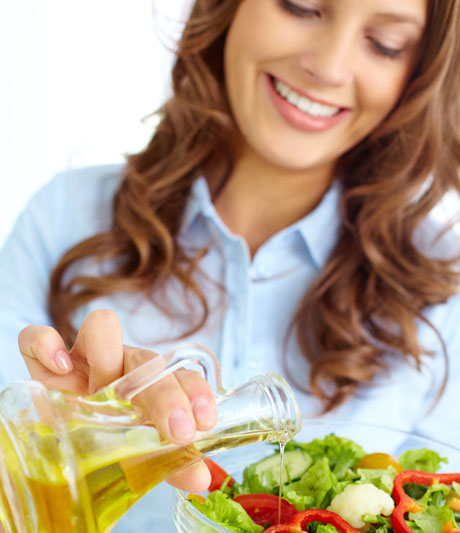 The experiments of this study conducted in 200 healthy volunteers across Europe and showed protection against oxidative stress after daily consumption of 25 ml olive oil rich in phenolic compounds (virgin olive oil). More specifically, an increase in the levels of HDL (good cholesterol) and reduced lipid markers of oxidative stress after three months consumption of virgin olive oil.

Moreover, the same study showed a reduction in indicators of oxidation of DNA, of 13%, a rate comparable to the amounts observed after smoking cessation. A daily consumption of 23 gr. of oil, equivalent to two tablespoons, is able to reduce the risk of cardiovascular disease.

This benefit is maximized if the oil is consumed; replacing saturated animal fats in the diet. Olive oil can satisfy more quickly the feeling of hunger and lead to consuming less calories during the meal.

"So small yet so miraculous..."